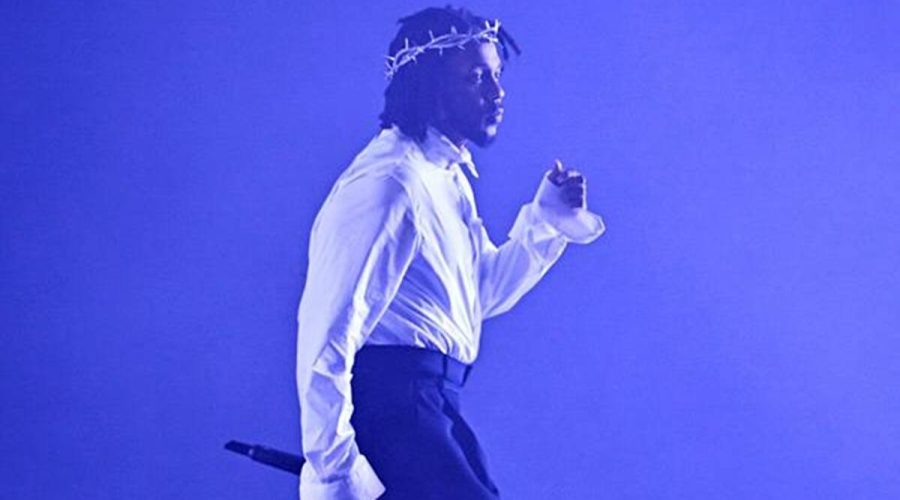 Kendrick Lamar’s new tour, “The Big Steppers” in conjunction with his new album was a grandiose experience. Taking place on August 19, 2022 at the United Center in Chicago, IL, Lamar brought a refreshing and experimental take on hip-hop performance.

With his fifth studio album, Kendrick provides an introspective view into his own identity and emotions. Within the production of the concert, Kendrick takes the themes and messages of the album and transforms them into a performance. He truly transports the audience into the album, with changing sets, incredibly choreographed dancers, and performances from Baby Keem and Tanna Leone, both of whom are featured on the album.

Throughout the artistic and connective performances of the album’s track list, Kendrick also appeals to his classic sounds for older fans in the audience. Performing hits such as “HUMBLE.,” “m.A.A.d. City,” and “Alright” brought back the iconic fan favorites. Throughout this concert, there is a perfect balance between the hard-hitting, pop-oriented, aggressive sound in Kendrick’s discography and the self-reflective, experimental sounds explored especially in his newest album.

The show was opened by Tanna Leone, a new artist and an early signee under Kendrick’s label pgLang. Coming out strong with energetic performances of his biggest hits helped fuel the energy in the crowd. Thereafter came Baby Keem, performing a string of his biggest, greatest, and most grandiose songs, including “trademark usa,” “ORANGE SODA,” and “range brothers.” His performance’s energy was matched by the fog and flashing lights beaming throughout the venue, truly bringing the audience to life.

Kendrick opened with a stage with a piano and features of a therapist’s office. This all ties into the therapy, which Kendrick goes into throughout the track list. Throughout his set, the voice of what was a therapist guided the audience, narrating the themes and problems Kendrick deals with.

Starting off with “United In Grief”, Kendrick’s performance entailed holding a ventriloquist dummy, telling the audience he’s pulling his own strings now. Focusing on personal experiences, Kendrick continues masterfully performing the track list and intermingling iconic songs from past projects to spark up the crowd. The energy brought was incredible, and in moments such as when Kendrick told the entire audience to turn on their flashlights, the atmosphere in the venue felt surreal.

Throughout the set, the stage evolved to fit the themes of the songs. In one point of the show, Kendrick sealed himself into a clear plastic box with performers in hazmat suits surrounding it. Kendrick raps about putting himself in a box to focus on himself, and the set physically shows that. The set also evolved to feature beautiful light fixtures above Kendrick’s head as he performed more reflective songs such as “Purple Hearts.”

Near the end of his show, Kendrick took a full swing in the direction of energy and harder hitting tracks. He brought out Tanna Leone and Baby Keem for a sequence of crowd favorite songs such as “Family Ties,” “Mr. Morale,” and “vent,” which maximized the energy in the crowd and created a breathtaking and spectacular ending to a flawless show.

The show was beyond all expectations and raised the standard of concerts. This tour is highly recommended to any and everyone. Kendrick does a great job of appealing to all audiences.