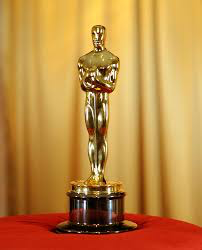 If you read my piece from a couple weeks ago, you will know that I have found a hobby in reviewing and criticizing media that I have no place in critiquing. Last time it was the most globally streamed albums on Spotify, and this time it will be the Oscar nominated movies and actors. I am going to go through what I consider to be the most important/interesting nomination categories: Best Picture, Best Actor, Best Actress, Best Supporting Actor, Best Supporting Actress, and Best Cinematography.

The format will be the nominated pictures, my pick, and then my justification. You may be asking yourself why I told you what the format was. I started with this because I want to let you know that my justification is a privilege, and regardless of what the “academy” picks, I am all knowing and all my choices are correct.

Justification: CODA was by far my favorite movie of the year, and I was super excited to see that it was nominated for an Oscar. Did I watch all the movies on this list? Absolutely not. I think it would be impossible for me to do so while still maintaining physical, emotional, and social health. However, I still did watch an unhealthy amount of movies in preparation for this article. CODA, reviewed in my top movies of 2021, is a heartwarming but funny story about a teenage girl who is the daughter of two deaf adults. The plot follows her coming of age story, as well as her unlikely passion for music. It can be really difficult to have a sweet and emotional story without making it super cheesy, but CODA effortlessly achieves this. It would be nice to see a movie that doesn’t have super huge names to win the best picture, but I am pretty sure Benedict Cumberbatch is paying them to make his Netflix movie on that list. Power of the Dog (from the hour I watched of it) was super boring. Dr. Strange needs to stay in his place. I liked Licorice Pizza, so I would be happy if it won, but CODA deserves it more, in my humble opinion.

My Choice: Will Smith

Justification: Rather than uplift, I will continue to criticize. First, you already know my opinions on Power of the Dog. However, I do want to make it clear that Benedict Cumberbatch’s performance was particularly bad. Jesse Plemons, his co-star, has a special place in my heart from his days on Friday Night Lights, but we will discuss him later in Supporting Actor. Don’t even get me started on Tick Tick Boom. It is by far the worst movie I have seen all year. I don’t want to necessarily discredit Andrew Garfield, but this role was literally impossible to do well in. It is literally just about the guy who wrote Rent turning thirty. I could not tell you a single fact about Rent or its plot, let alone about the man who wrote it. Unfortunately, I am much more well informed now than I ever intended to be. Now to the actor himself, Will Smith. I liked the movie King Richard. Seeing the title, I got really scared it was going to be like Denzel Washington’s MacBeth (we don’t need another rendition of a Shakespeare play) but it was really inspiring and entertaining. Will Smith’s acting really brought it all together. Unfortunately, the other terrible movies I watched overshadowed my entertainment from King Richard.

Justification: Don’t be mad at me guys, I told you I didn’t watch all of the movies. I tried to cover all my bases in the movies that occurred the most but didn’t get around to watching these, many of which didn’t overlap in the other categories. However, I really like Kristen Stewart in all the performances I’ve seen her do. Up until this point, she hasn’t had any nominations for the Oscars, and I think her performance in Adventureland was really fantastic (even if I’m thirteen years late).

Justification: “Lizzie! Didn’t you just talk about how much you like Jesse Plemons?” Good question. Yes, I did really like Jesse Plemons’ acting in Power of the Dog, but nothing can beat Troy Kotsur in CODA. He was beyond funny and constantly poking fun and embarrassing his daughter in the movie. Watching it, I felt like I was seeing a peer of mine with their dad. He was so genuine and hilarious. However, he really showed depth at the serious situations, especially when it came to his daughter following her dreams. Without him, the movie wouldn’t be nearly as good.

Justification: I hate to bring Power of the Dog up again, this is in no way my recommendation to watch it, but I do really like Kirsten Dunst’s performance in the movie. Also it is super cute that her and Jesse Plemons are together in real life. She is calm and collected in the movie, but also strong. I know you don’t want me to criticize more movies, but I am going to anyway. West Side Story just did not need to be done again. I am so tired of musicals. Andrew Garfield, put your clock away, Ariana DeBose, travel eastward, and Lin Manuel Miranda, just take a break. Similarly, we don’t need another Shakespeare rendition. Where is the new content? (Don’t say Power of the Dog).

Justification: Nightmare Alley didn’t stick in my mind enough to be notable for the other categories here, but I loved the visuals so much. The colors were so beautiful, and it really carried the story. You could just tell that it was so well done and made with such purpose. It was by far the most beautiful film I saw this year.

Ending on a positive note, I hate the Power of the Dog, please stop making musicals, and Shakespeare has been dead for a really long time.