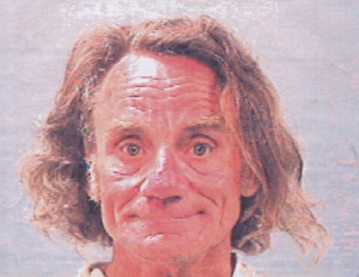 The haunting local story of the manhole murders is often overlooked by citizens of South Bend. The killing of four innocent homeless men, living in an abandoned warehouse, known as “the Fort”, exemplifies that despite having the wealthiness of a private institution like the University of Notre Dame, the homeless population still plagues the city of South Bend.

Michael “Shan” Nolen was a homeless man who, like many people among the homeless population, struggled with substance abuse. Despite his unfortunate living circumstances, he was still able to maintain a close relationship with his parents, Darlene Nolen and Mike Nolen. They would visit with him often, as well as spend holidays together.

Darlene’s worry began when Shan did not return home for Christmas in 2006. Yes, Shan was homeless, but Darlene knew that Shan’s family was more important to him than anything else. It was very unlike him to not come home after he promised that he would.

Because Shan did not have a cell phone, Darlene decided to go to the location where she knew Shan was staying, the Fort. It was dark and cold, so Darlene decided against actually entering the building, unaware of the dangers that could lay inside. So instead, she screamed his name from the outside of the building. Little did Darlene know, Shan’s body was lying brutally murdered in his bed, in a pool of his own blood.

Knowing something was off, Darlene headed straight to the police station. Although, usually, in missing reports about lower-class citizens, police rarely take them seriously, this police department took the case head on. The police interviewed people they knew had stayed at the Fort before, hoping to find a lead as to the whereabouts of Shan.

Mike, just as worried as Darlene about his son’s life, decided to enter the Fort. What he found was pitch black nothingness. He headed to Shan’s room, which he shared with three other men. With only a small flashlight, Mike only saw an abandoned room. No clues or messages to be found.

Meanwhile, the police found something groundbreaking. After talking to many people in the same homeless community of Shan, they discovered that he was not the only man living at the Fort who had gone missing recently. Michael Lawson and Jason Coates were missing as well. The police later found out that these were some of the men that Shan shared a room with in the Fort.

Most members of the homeless community were very hesitant to talk to the police. There was a lack of trust between the law keepers and the “lawless.” However, one day, a man named Randy Reeder reached out to the police. Although this was an unusual occurrence, the police were ecstatic for any sort of lead in this leadless case. Randy said that he knew all three of the men who had been reported as missing. He had worked with them “scrapping.”

Scrapping is a way that a lot of the homeless population in South Bend would make money. Companies were often willing to pay for metals that could be salvaged from old warehouses and wires. A common way to retrieve these metals was to go underground near the train tracks in “manholes.” It was an extremely difficult job; not for the faint of heart. It was very dangerous. So, the police did not rule out the possibility that these men could have been injured, or even died in these manholes, attempting to retrieve scrap metal for money.

With this new lead, in January 2007, they began to search the many many manholes that lay around the railroad tracks. A daunting task, they started with the manhole closest to the Fort. Lifting the heavy lid, the site they found would change South Bend’s story forever.

Two bodies lay face down in the manhole. At first, the police thought the men might have had an accident while stripping metal. However, after removing the bodies and taking a closer look, they realized this was not the case.

The bruising that occurs after death happens when a corpse’s blood lays at the part of the body closest to the ground. As opposed to this occuring in the head, which would have been the case if the men were unintentionally injured in the manhole, the bruising was on the stomach. This meant that, most likely, the manholes were not the sight of death, and that the bodies had been moved after being killed.

Despite this important find, there was still another man to be found. The police continued their search until they came across a manhole with the lid flipped upside down. Upon opening it, they found not one, but two bodies. Considering that the police were only aware of three men that were missing, this came as a surprise.

After some further research, the police were able to identify the victims as Michael “Shan” Nolen, Michael Lawson, Brian Talboon, and Jason Coates.

The police had found the bodies, but they still didn’t have an answer as to who committed this heinous crime.

They first turned to the only lead they had, Randy Reeder. They questioned him for three hours, but his calm and collected attitude brought no suspicion. They even had him take a polygraph, which he passed with flying colors. However, Randy did bring some information. He told them to talk to Daniel Sharp, a homeless man who had supposedly been staying in the Fort around the same time as the victims.

Daniel Sharp had quite the reputation. He was known to be hot headed and somewhat crazy to the other people in the homeless community. The police took him in for questioning. Daniel said that he had not stayed at the Fort since October, maybe even August. However, the police had multiple accounts of Daniel’s lodging in the Fort, up to December. They decided to take him in for a polygraph. He failed every single one of the questions involving the case.

After Daniel’s cards had been laid out on the table, he finally gave the police the story they had been searching for. He said that Randy and he had been staying in the Fort along with the four other men. The group of four stayed upstairs in a room, while Daniel and Randy had been working on creating a renovated space downstairs. They built walls and were even able to find a space heater in a scrap yard. Considering it was Winter in South Bend, this was a huge help to the two men.

One day they left the Fort, and came back to their space heater missing. Furious, the men knew what had happened. They could hear the other four men chuckling and talking upstairs, drinking together. However, this time, with that valuable space heater.

The next morning, Daniel and Randy heard two of the men leave the Fort to go get breakfast. Daniel took a hammer while Randy took a club and ruthlessly attacked the two men who were still in their room. After the job was finished, Daniel and Randy headed downstairs, ready for more revenge. They waited three hours, hoping the men would come back soon. Finally, the men arrived, and without hesitation they attacked once again – killing the other two men.

Not only did Daniel and Randy commit this horrendous act, they also stayed in the Fort for about a week, sleeping in the same building as these dead corpses. At some point, they finally brought the bodies to the manholes, hoping to hide the evidence.

In September 2007, Daniel pled guilty to all accounts of murder and received sixty five years in prison. However, Randy still pleaded innocent and went to court. He was found guilty, and received 265 years in prison. Daniel showed absolutely no remorse. He told the story in great detail, accounting for every hit he swung to these innocent men.

Daniel and Randy’s actions were absolutely terrible and unforgivable. However, this story does exemplify South Bend’s ignorance of the homeless population. These men were most likely mentally ill, committing four acts of manslaughter, purely for the fact that their space heater was no longer in their room. If all of these men had access to crisis centers and shelters that could accommodate for their conditions, maybe this haunting occurrence would not have happened.

Even with these factors, the stigma around homelessness has prevented this story from being as significant in the press as it should be. The families of the men were so difficult to get statements from, that the only significant article to be written about this story was five years after. Most of the people who gave Virginia Black, the author of the series about the Manhole Murders in the South Bend Tribune, information requested to stay anonymous. These people were hesitant to admit that their loved ones were homeless and did not want that supposedly “embarrassing” association. To get all of the information in depth, as well as more interesting facts about the case, listen to the Crime Junkie Podcast about the Manhole Murders.

Despite the stigma around the homeless community, it must be acknowledged that these lives were lost and the community must do their best to prevent an occurrence similar to this in the future.