Review of the NFL Preview 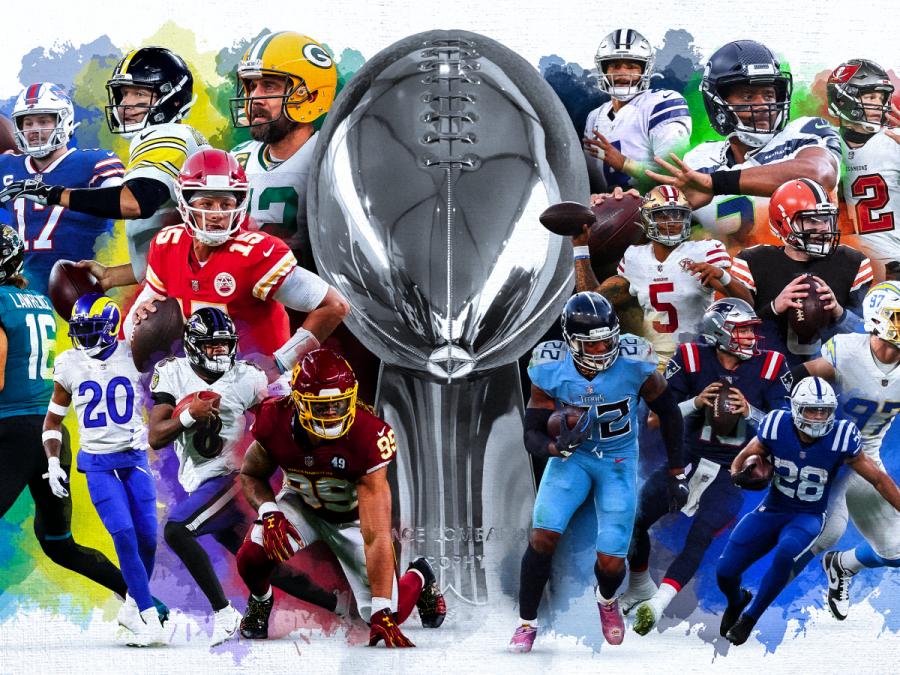 In the NFC East, the last place Washington Football Team holds the same record as the Giants. Washington had a tough schedule through the first eight weeks of the season. Ron Rivera’s side currently holds a four game losing streak. The WFT needs a miracle to earn a wildcard spot. The team currently leading the NFC East is the Dallas Cowboys. Mike McCarthy found a way to win without his starting QB, Dak Prescott, against an above average Vikings team this past week. Backup Cooper Rush threw for over 300 yards against a solid Minnesota defense. Dallas is now the favorites to represent the NFC East in the playoffs.

In the NFC West, the LA Rams fell to the Arizona Cardinals earlier this season. The Cardinals then lost to the Packers on Thursday Night Football. Both teams are now 7-1. The Rams need to win their second matchup against the Cardinals later this season and finish the year with the same record as Arizona to have a chance to win one of the most competitive divisions in football. Even after the addition of Von Miller, the Cardinals will probably win the division. Arizona, before week eight, looked like the best team in the NFL, going 7-0 through the first seven weeks of the season. After the speed bump that was Green Bay, I would expect Kliff Kingsnbury’s crew to get back on track.

In the NFC North, the Packers, coming off a close win in Arizona, flipped the script and beat Kyler Murray and the Cardinals without their top three receivers, Davante Adams, Allen Lazard, and Marquez Valdes-Scantling. Randall Cobb stepped up, and the Green Bay running back tandem of Aaron Jones and AJ Dillon carried the offense. The Green Bay defense was impressively able to slow down Kyler Murray and the Cardinals potent offense. After the week one scare against the Saints, the ship has been righted. Green Bay has won their last six games. Unfortunately, this winning streak will likely be broken come Sunday. Aaron Rodgers has tested positive for Covid-19. Former first round pick, Jordan Love, will make his first NFL start against the Chiefs. The Packers will easily win the NFC North, the week one loss to the Saints was an outlier. Matt LaFleur’s team is playing for home field advantage in the playoffs.

In the NFC South, even after losing to a Saints team which was without Jameis Winston for the majority of the game, the Tampa Bay Buccaneers are still winning the division. Although Tampa Bay is currently the favorite to win the division, Tom Brady and his team need to keep winning. The Saints are breathing down Bruce Arians’ neck and the division winner most likely will be decided by the outcome of the final few weeks of the season. However, I still believe that the Bucs will win the division. Tampa Bay will probably split games with New Orleans, and the Buccaneers have an easier schedule through the second half of the season than the Saints.

In the AFC East, the Bills have a healthy lead in the division. The Patriots, led by rookie Mac Jones, have been impressive, but Buffalo is on a whole other level talent wise. After a heartbreaking defeat to the Titans, the Bills are still the most dangerous team in the AFC. Josh Allen has been consistent, and Stefon Diggs, while underwhelming at times, has been solid. Buffalo will win the AFC East thanks to a fairly easy schedule down the home stretch of the 2021-2022 season. Although the Bills haven’t played lights out all year, Buffalo was trending in the right direction before the Titans loss.

In the AFC West, the Chiefs are currently sitting in last place with the Broncos. After getting thumped by the Titans, the outlook for the once esteemed Patrick Mahomes and squad has fallen from grace. The offense struggled against a mediocre Tennessee defense. The KC D has played like a bottom five defense all season. Ultimately, it hasn’t been a good year for Andy Reid’s team. Unless Kansas City makes a complete 180 after the acquisition of Melvin Ingram, the Chiefs will not win the AFC West. The Chargers, although in second place in the division, are the new favorites to win the division title. The Raiders, who currently hold first place in the west, already lost to the Chargers. LA is the best team in the AFC West.

In the AFC North, the Cleveland Browns are dead last in the division entering the second half of the season. The race for the uber competitive north will come down to the last leg of the 2021-2022 season. Cleveland’s play so far has not been outstanding, which is reflected by their record, but the Browns could very well turn around their season to get a wildcard spot. Yeah, at best a wildcard spot. Baker Mayfield’s boys have dropped out of the running for the AFC North title. Two teams, the Ravens and the Bengals, have a shot to take home the prize. Second year standout, Joe Burrow, has played very well so far. The Bengals defense has also improved into a top ten defense. Cincinnati should beat out Lamar Jackson and the Ravens for the AFC North.

In the AFC South, the Titans were, and still are, heavy favorites to win the division. After a convincing win over the Chiefs and a nail biter against the Bills, Tennessee’s stock was on the rise. Then news surrounding an injury to star running back Derrick Henry arose. Henry will need foot surgery and will likely miss a considerable amount of time, approximately six to ten weeks. However, an exact time table hasn’t been shared. A popular name, Adrian Peterson, is Derrick Henry’s replacement, but even without Henry, Ryan Tannehill and the Titans are still on track to win the division. The Tennessee offense will be able to put points up on the scoreboard without the face of the franchise, but, unfortunately for Mike Vrabel and company, a deep playoff run orbits around a Derrick Henry return.