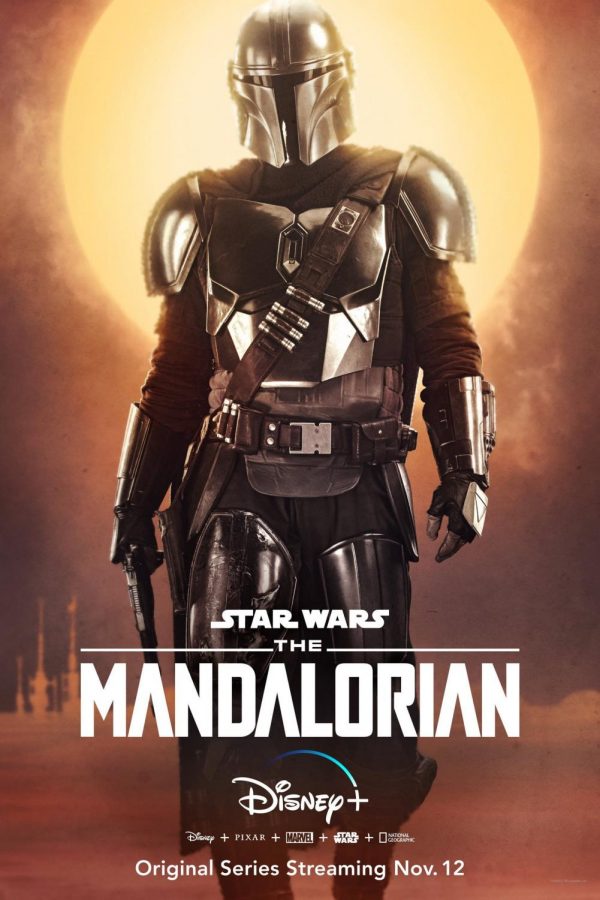 To mark the launch of the company’s streaming giant, Disney+, Walt Disney Pictures had to have a product (besides the myriad of brand classics in its library) ready in order to compete with other powerhouse platforms, namely Netflix. In the wake of the concluding  Star Wars sequel trilogy, creative executives looked no further than Disney’s own streaming service to continue expanding a galaxy far, far away. Enter The Mandalorian, the peak representation of George Lucas’ influence in creating a sort of contra-genre cocktail in recent cinema, setting a traditional western in the antipodal setting of a sci-fi space epic. With creative genius Jon Favreau and Lucasfilm veteran Dave Filoni at the helm, the series following the adventures of a lone gunslinger in the expansive galaxy of Star Wars seemed almost too good to be true. Here’s The Tower’s review of The Mandalorian:

The debut of the series works to quickly establish the titular character, portrayed with utmost nonchalance by the impeccable Pedro Pascal, as a cold bounty hunter surviving in an Empireless Outer Rim. The world feels lived in and authentic (with the help of game-changing technology used replace traditional green screen), all the while delivering the necessary exposition to kickstart our journey with the religiously violent gunslinger. Directed by Dave Filoni, this chapter is well-edited, and is also littered with many Star Wars easter eggs that most fans will eat up. Beyond this, Ludwig Göransson strikes an immediate new staple of the Star Wars franchise with the first chord of the series’ memorable theme song. Alongside an adorably shocking cliffhanger, Chapter 1 – The Mandalorian visually impresses to make up for its relatively slow pacing, landing the series’ pilot a score of 8/10.

The second chapter introduces the extremely popular, fan-named “Baby Yoda”, otherwise known as “The Child” through a wickedly nostalgic misadventure. Our hero, deemed often as “Mando”, encounters some trouble at the hands of some classic, mischievous Star Wars swindlers. Directed by Rick Famuyiwa, this episode does some great visual storytelling and character building between Mando and his new little, green friend. This episode takes a self-aware break from the setup in chapter one, fleshing out our characters before getting back to the substance at hand, an action that persists throughout the whole season. Chapter 2 – The Child of The Mandalorian earns an 8/10 for its thrilling action and visual storytelling.

After cashing in his bounty, Mando reflects on his own moral code, making a decision that will change his life forever. With a title that invokes an ominous story, Chapter 3 – The Sin delivers some true action spectacles and callbacks within the Star Wars mythos. Not only is Mando’s character arc more fully realized, but the stakes of the overall story are simultaneously increased in this pivotal episode. Deborah Chow directs this episode with strong action set pieces and visual flair, making for an action-packed, epic addition to the series. The Mandalorian’s Chapter 3 – The Sin is easily one of the series’ high points for its character development through high stake actions, both morally and physically.

On the run, Mando seeks safety on a relatively untouched world, at least until trouble finds him. Digging deeper into its spaghetti western influences, Chapter 4 – Sanctuary tackles a classic western trope: protecting a defenseless village against raiding bandits. Drawing from her Jurassic World roots, director Bryce Dallas Howard showcases some of the series’ best cinematography, something that makes up for a lack of continued substance in this chapter. The standout in this episode is easily the visual effects, seeing as how they take center stage in this somewhat-filler episode. Overall, the detour of this episode seems to detract from the series’ pacing, but manages to entertain with some great direction from Bryce Dallas Howard. Chapter 4 – Sanctuary earns a 7/10.

Serving as the series’ “nostalgia” episode, this chapter is, ironically enough, the most disappointing. Mando makes a pit stop on a classic Star Wars planet, helping out a rookie bounty hunter in the empireless landscape of Tatooine. Dave Filoni returns to direct this unnecessary addition to the Star Wars universe. Subversion of expectations and annoying characters populate this oddball episode. Narratively, lots of devices and characters are implemented, but never acted upon later. This episode could be argued as setup for future stories in the series, but for now draw away from the main story. One major takeaway is Göransson’s wonderfully diverse score, my favorite track from this episode being “Speederbikes”. Overall, this episode detracts from the season’s main plot, but also lacks character development that other episodes have, making Chapter 5 – The Gunslinger a 6/10.

Continuing the theme of western influences,  Chapter 6 – The Prisoner harps on this idea once again. Mando rejoins a guild of bounty hunters he once worked with, drawing out aggressive tensions between his old “teammates” and the new job they are tasked with. Rick Famuyiwa returns with an action/thriller feel for this tense episode. Utilizing camera tricks and stylistic settings, this chapter will leave you on the edge of your seat. Again, Göransson’s score elevates the episode’s high stakes and creates a distinct ambience for Mando’s mission. This episode continues to draw out the overarching plot, but obviously sets up for future stories in later seasons. With some cinematic flair and thrilling action, Chapter 6 – The Prisoner is an easy 8/10.

Chapter 7 – The Reckoning and Chapter 8 – Redemption:

The final chapters of the first season, Chapter 7 – The Reckoning and Chapter 8 – Redemption have been lumped together, mainly due to how intertwined these two episodes are. Mando receives a message from an old business partner, prompting a return that is greeted by Imperial forces. Many questions are answered, but even bigger questions end up being presented in the triumphant season finale, amping up the stakes and ideas for season two. These episodes hit an action-packed climax that will stick with you leading up to the next season. The completion of character arcs is wonderfully executed, and directors Deborah Chow and Taika Waiti successfully utilize humor, action, and drama to cap off the first season. Ludwig Göransson’s reaches peak status, offering a great accompaniment to the thrilling finale. Great action, dialogue, and set pieces make both Chapter 7 – The Reckoning and Chapter 8 – Redemption a 9/10.

Overall, The Mandalorian is a must-see for any Star Wars fan, but can also welcome anyone who is a fan of westerns or world-building stories, making it a 9/10 for me. Do you agree with my review of The Mandalorian? Comment below and let me know what you thought of Jon Favreau’s The Mandalorian.