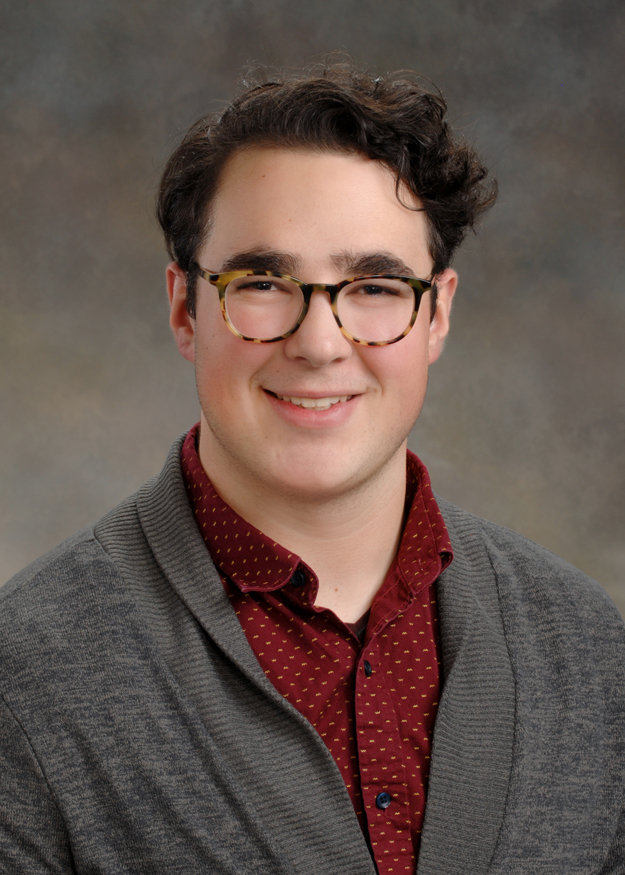 Matthew Lundberg Carbonaro is a 17 year-old IB and Honors student at John Adams High School. He is arguably the smartest 4th generation Italian-Swedish American in the entire school. He spends most of his time cooped up preparing for his next Science Olympiad Competition, an activity he has committed his life to for three years now. If he isn’t programming his next, well, whatever they program, he spends his time ‘mastering’ his Baritone-Sax in both Marching and Jazz Band. Matthew’s passion is chemical engineering and structural chemistry (yeah, I know) and he plans to attend either The University of Notre Dame, The University of Michigan, and if he’s feeling a little cheesy, The University of Wisconsin.

Matt’s favorite activity, without a doubt, is Science Olympiad. He explained that at first, many people tried to get him to join since the 6th grade, but he was not sure if he was cut out for it. Then, once he was a sophomore, he joined, and I kid you not, because he “had absolutely nothing better to do.” His first year is what you would expect for anyone joining something new, he and his team did alright, placing 5th at state. The second year was where things really started to take off for Matt: he placed 3rd at state in Thermodynamics and at regionals, he placed 1st in “Codebusters” and “Chemlab”. Matthew has become a better ‘science-olympiader’ and, this year promises to be his best. He placed 1st in “Circuits” and “Astro” and even beat Munster at a local competition. He summed up this year by saying he “Placed in everything, basically.”.

Matt then remembered while doing this interview he has goals and aspirations. He explained that while also majoring in chemical engineering, he is “also taking a second-major, in computer programming.” His explanation to why he is choosing this second major is extremely impressive. While working in the sciences for the past few years of high school, Matthew noticed that there are plenty of programs for looking at chemicals and their structures, but none for creating a stimulation of one. He came up with this idea while talking to a professor at Notre Dame, the creator of JMol (a protein-chemical visualization software). His goal is to be the first to create this program, and to innovate the world of chemistry forever.

To try and get away from the topic of science and chemicals, the most difficult question of all was asked: Who is Matt’s favorite teacher? Hearing this question he hastily stated that “Don’t get me wrong, I love Ms. Raymer! But I would have to say my favorite teacher is Mr.Bart.” He went on to talk about how he’s known Mr.Bart for three-years at this point and because of his teaching, Matt is now a “confident math student”. If Matthew had any advice for a first-time “Bart taker” it was to “Study your music trivia.” I asked him to expand on that but he refused further comment, so I have absolutely no idea what that means.

Speaking of advice for students, the last question I asked Matthew was if he had any advice for other students at John Adams High School. His answer was quite a heavy one, so for the sake of keeping its genuineness, I decided it would best to leave it as it is: “Don’t spend all your time doing school work, you will regret it. That’s how I spent the first couple years of high school and I feel like I missed out on opportunities to gain knowledge and experiences outside of academics. Grades are important, don’t get me wrong, but just remember to do your best. You are not the person you are comparing yourself to, always remember that. Do your best and stick to it, that’s what counts.”

I’ve given Matt quite a hard time throughout this spotlight, but in all seriousness he is a fantastic person. I’ve been best friends with him since sophomore year and I know that he is one of the most genuine guys here at Adams. He works amazingly under pressure and is absolutely one of the best people to talk to for advice. He’s always there and he always tries his best, at everything he does. Although he is an ex-podcast host, I wish him luck in his future, and I am confident that he will succeed in his career. He’s a big guy (about 6’4”) with a big brain and an even bigger heart. And yes, I wrote all of that to get a sweet cut of that simulation program he plans to invent, (remember me Matt!).