The Dark Truth May Surprise You! 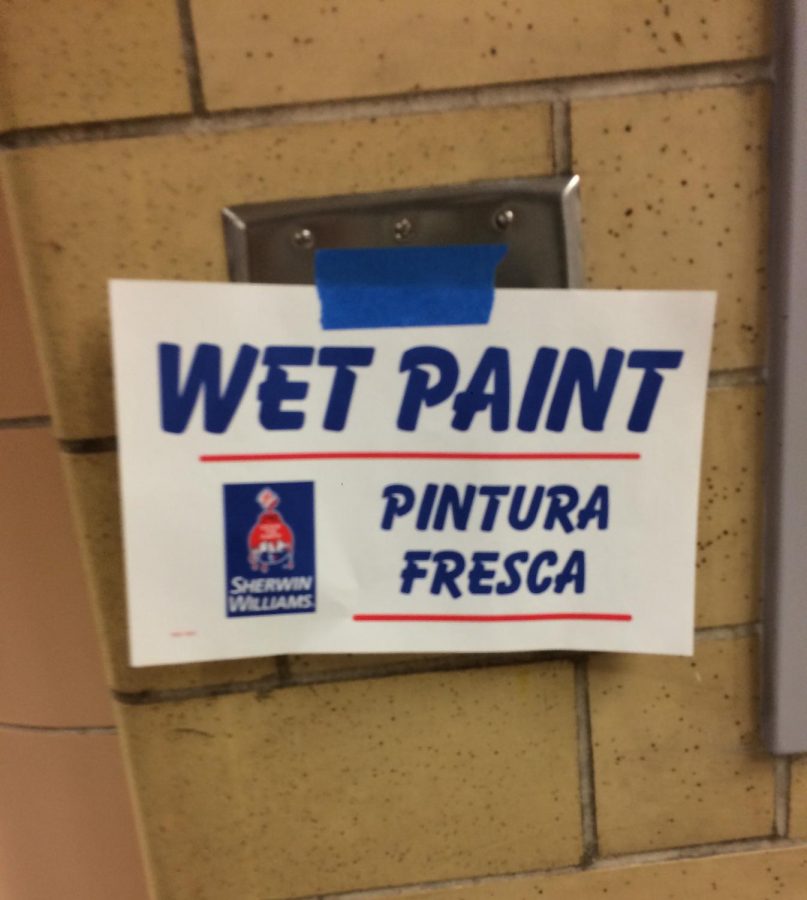 As the end of the year comes closer and closer, we as a student body must start focusing on the important things. It’s a tough balance; keeping your grades up while remaining social and keeping yourself healthy. Plus, we all have to deal with the color of the walls. Its mystery and ambiguity can be so distracting, but luckily that will soon be solved. To soothe our hearts and minds, I’ve taken it upon myself to investigate, and finally reveal this wall’s true colors.

First, I decided to interview those affected. Some chose to remain anonymous due to the sensitive nature of the topic. One of these, who we will call Anonymous Source A, called the color a “really really light lavender”. This was one of the more common views held by the public on this topic, as supported by Adams student Lily Betts.

“[The color is] like, a really light purple,” Betts said in an interview. “Super light though.” Another anonymous source, to be referred to as Anonymous Source B, disagreed and called it “a very very very light blue.” Source B later changed his answer to simply “light gray”, though.

“Not white. It can’t be white,” she argued. “I could see it as both blue and purple, it depends on your distance from the wall.” This was an interesting point.  Some, like Lane Butler, were reluctant to take a side at all. “It’s a tinted light grey, but the color tint is up for debate,” Butler confided. She refused any further questioning.

One particular answer really stood out to me amid all this, as very brave and controversial. Assistant band director, Kevin Graham, had this to say. “White. Predominantly white. I understand that it is tinted, something like blue, but the wall is white.” Further questioning about this stance only led to anger. “If you have mashed potatoes, and you put other stuff in it, it’s still mashed potatoes!” He fled soon after and I was unable to ask anything more.

This is all well and good, but it doesn’t really prove anything for certain. I decided that the best thing to do would be to find what color it was straight from the source – and luckily the walls are currently being touched up. I and a fellow reporter went searching for answers. We found them in an anonymous painter in the english hallway.

“The color is called ‘Starry Night’. It’s Sherwin Williams.” We already had all the information we needed, but I thought it would be worth it to ask what actual color it was. “Purple,” he responded. “You can actually see if you look up there, at the top.” We did so, and sure enough, it was a light lavender. Soon we had found the Sherwin Williams website and were looking at the online samples of Starry Night and it’s darker shades. After a moment, we had our proof – The darkest shade of Starry Night’s hue was named ‘Majestic Purple’. It was indeed a blue-ish purple, but purple nonetheless. Finally John Adams High School can rest in peace – all except my anonymous fellow reporter, who discovered to her dismay that the color of these walls is the same color her room is painted. “I feel… dirty. I feel bad.” She left the room in tears soon after, insisting that she had to go to Lowe’s immediately.