Does Kaepernick want to play in the NFL? 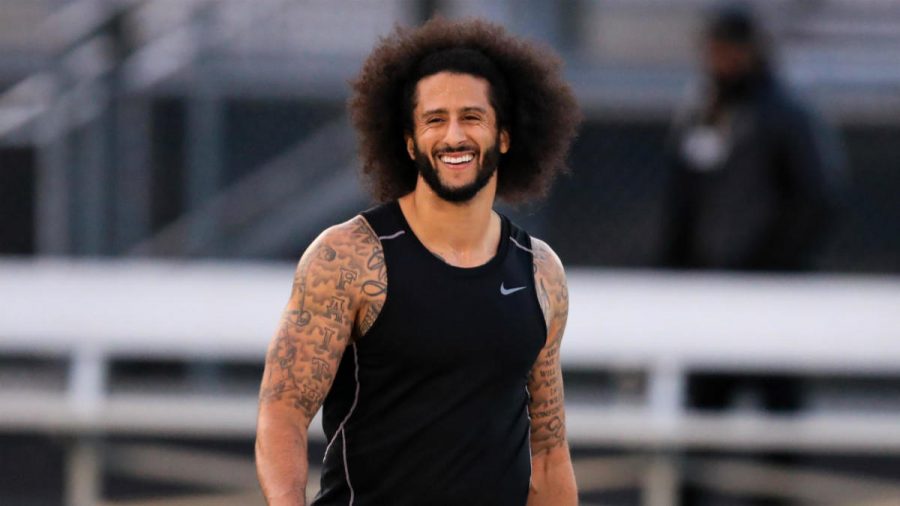 Colin Kaepernick has been a very controversial figure since he started kneeling for the national anthem prior to his NFL games. After becoming a free agent after the 2016 season, Kaepernick has not been signed by any team, including the San Francisco 49ers, which Kaepernick called home for six years. Kaepernick believed that all the owners had colluded to keep him out of the league, which made him file a grievance, which was later rescinded after the NFL settled out of court with Kaepernick, agreeing on an undisclosed amount. For the last three years, every NFL fan has had to listen about how Kaepernick, who statistically is a mediocre quarterback, deserves to be in the NFL. In his last two seasons in the league, Kaepernick managed a 59 percent completion rate, and only had 2,200 yards in 2016 and 1,600 yards in 2015. After all of this complaining, Kaepernick finally got his shot. On November 12, The NFL announced that they would hold a workout that Saturday, the 16th, for Kaepernick to prove himself in front of scouts. The week continues, and not much is said about the workout. The only thing known is that Kaepernick says he will attend the workout, which will be held at the Atlanta Falcons practice facility. When Saturday rolls around, an hour before the workout, Kaepernick announces that he cannot have his video crew at the Atlanta facility, so he is moving the workout to a high school 60 miles away. Eight scouts went to the high school to observe Kaepernick, the rest bailed on the plan because of the last second change. Stephen A. Smith was ranting about this whole situation during the following week because he felt that Kaepernick was unprofessional in the situation. Smith talked to his NFL sources, and scouts had felt that if he had shown up to the workout, he would have a job within the next two weeks. Smith said because of his actions, “Kaepernick does not want to be in the NFL, he wants to be a martyr.” Looking at the circumstances, it is hard to disagree with Stephen A. Kaepernick only had to show up and perform decent, but he chose not to. Controversy continues to follow Kaepernick, and it needs to be decided, does he truly want to make a return to the gridiron?