What You Didn’t Know About The Meat Industry 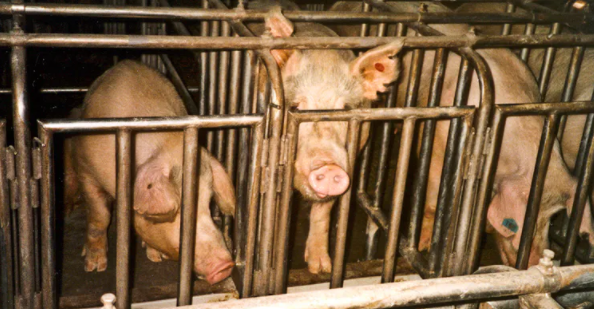 Unless you eat a plant based diet, you probably consume some type of meat and dairy products daily. The average American consumes around 270 pounds of meat every year.The meat and poultry industry is the largest segment of U.S. agriculture. Our meat production totaled at 52 billion pounds in 2017, and poultry production totaled 48 billion pounds. We eat more meat per person than any other country in the world, so what does this mean for us and our health? Why are we the only country that goes to these extremes?

It has been proven that vegetarians and vegans live at least 4 years longer than meat eaters. We know that the amount of meat and dairy that Americans eat is unsettling and downright unhealthy, but most people do not make a change in their diets. The majority of Americans are okay with eating snack foods that were made and processed in a factory, but what about meat and dairy? The World Health Organization placed processed meats like bacon and hot dogs in the same category of cancer risk as asbestos and cigarettes (mercyforanimals.org). Although people believe white meat is the healthier option, chicken is the leading cause of sodium in the average American diet. The conditions of some of these factories that process the food are not sanitary for human consumption. In 2011, the USDA reported that 90 percent of defects discovered in chicken carcasses at slaughter plants involved “visible fecal contamination that was missed by company employees.” Along with processed meats, seafood can also be a danger to our health. People who eat seafood ingest up to 11,000 tiny pieces of plastic each year.

Along with the physical health impact, meat and dairy also contributes to many environmental problems. The meat industry emits more greenhouse gases than all forms of transportation in the world combined (mercyforanimals.org). According to the EPA, burning fossil fuels for industry, electricity, and transportation comprises the bulk of greenhouse gas emissions. Agriculture is nine percent of emissions and livestock is roughly four percent of that. A large portion of our water supply is used for this mass production. Growing feed crops for livestock uses 56 percent of water in the United States. It takes 1,799 gallons of water to make one pound of beef. It is proven that cutting back on the mass meat production will help to preserve our water supply. Commercial fishing boats kill thousands of ocean life when they throw in their nets. The National Journal estimates that 20 percent of fish caught by commercial fisheries is bycatch, or unwanted fish. Additionally, other animals like sea turtles, seals, whales, porpoises, dolphins, and sharks are trapped in huge trawling nets and are killed.

Animal cruelty is not often talked about enough when discussing the reasons to cut back on meat and dairy intake. The overall commercial meat industry views the animals as products in a factory, and not as the living beings that they are. Piglets who are deemed too sick or small are killed by being slammed head first onto concrete floors. This barbaric standard industry practice is called thumping (mercyforanimals.org). The treatment of the animals at these farms is horrible, and is ethically and morally wrong. Dehorning, tail docking, debeaking, and castration are performed daily at factory farms without painkillers. From a feminist standpoint, the meat, dairy, and egg industries also abuse the female reproductive system. We wouldn’t treat other humans like this, so why do we treat our animals so poorly?

The Truth Behind Meat Production  https://youtu.be/BpnlGocmEqM is a great short documentary that shows the truth about how animals are treated. Although the content is very graphic, it is the honest truth. If more people were to see what really goes on behind the scenes, maybe they would rethink their diet. Going vegan, vegetarian, or even just cutting back on meat, dairy, and egg products can make a difference. Watching documentaries and YouTube videos on the subject can really inspire you to make a change. Give going vegetarian or vegan a try, and I promise you won’t regret it.