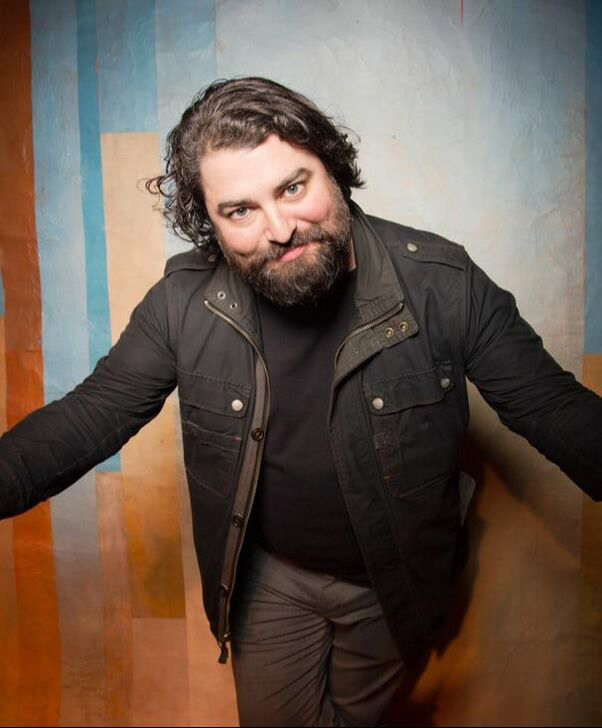 Sean Patton is a New York and LA based comedian whose comfort and friendly charisma on stage will draw you in and make you feel like you are watching a good friend you have known for quite a while tell a funny story. Since Sean started performing stand-up in Crescent City California, he has travelled all over the US, Canada, and on occasion Melbourne Australia. Sean has performed at Just for Laughs Chicago, Toronto, and Montreal while also being featured on Comedy Central more than just a few times. He has performed on Conan, Late Night with Jimmy Fallon, @midnight, This week at the Comedy Cellar, Inside Amy Schumer, and many more. Most recently launching his podcast 5 Words on the All Things Comedy network with his co host Caitlin Cook.

If your life was a sandwich, what would it be made out of, and would you eat it?

My life would be a tuna melt. Because it doesn’t seem like it would be good at all until you try it.

Instead of focusing on your most difficult and obnoxious experience with a heckler, do you have a favorite heckler story?

At a show in Brooklyn years ago, a very drunk man started shouting things at me that weren’t so much heckles, but advice. Like I was doing a bit about being broke and he’d shout “Learn to save your money better!” Then I’d be doing a bit about my terrible eating habits and he’d shout “You need to take care of your body more!”As he was being escorted out, I noticed that he looked EXACTLY like me, only fifteen years older. Freaky.

Where do you think comedians will fall in a more technologically advanced future? Will they become obsolete, or is comedy one of the few untouchable abilities that even the smartest computer system will never be able to truly gain.

We’ve got nothing to worry about as comedians, because after the robots enslave us humans, even they will  be looking for entertainment! And what’s more challenging to a comedian that making a robot laugh?

Assuming that sometime during our lifetimes we are visited by aliens, what would be the first joke you would tell them?

Is there a secret hobby you have that not very many people know about?

Is there an ultimate goal, paycheck, or venue you are working towards that would make you feel like you have truly “made it” or is the whole idea of “making it” purely relative.

It’s 100% relative. To me, “making it” is living your life on your terms by your craft. Doing what you do your way. As a comedian, I revel in my own flaw, as human flaw is what truly unites us all. If you can laugh at my shortcomings, then maybe it helps you accept yours… and unlike a lot of these greedy pricks out here, I’m very humble and I only want to be worth seven or eight million.

Do you think your comedic genes come from your mom’s side of the family? Or your dad’s? Why, and why not?

Both, but more my Mom’s. My Dad is a businessman. He can talk to anybody, and I think there’s where I got the gift of gab from. My Mom is a nurse, and I got empathy from her. You need empathy to be a comedian, because you need to be able to understand the human condition before you tear it to pieces nightly.

In a world where laughter didn’t exist, what would you be doing right now.

Crying. In a world where laughter didn’t exist, I imagine crying would be the thing instead. So I’d be a stand up crymedian.

Is there one thing you would warn your younger self, or another aspiring comedian about being on stage, crowd work, or show business in general?

Stay true to yourself. Absolutely nothing else matters. You can take the shortcuts to fame and fortune, but it won’t be the fame you want and the fortune will never be enough to buy back your integrity. Be yourself so success knows how to find you.

And keep up with him on…