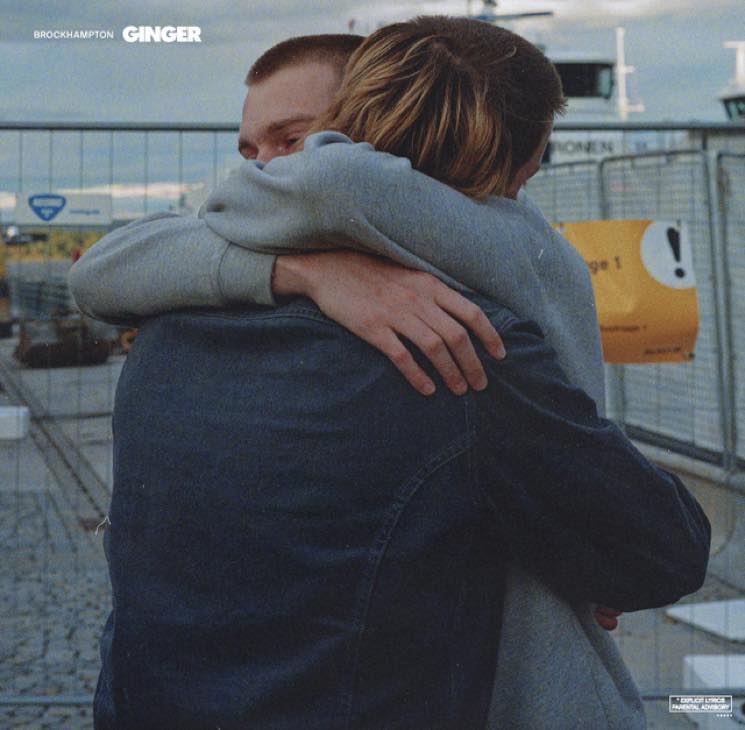 Sometime last year I reviewed BROCKHAMPTON’s album Iridescence. And while I actually quite enjoyed that album, I know that there were many in their fan base that were disappointed with that album, the main complaints being that it felt less polished than the SATURATION trilogy and that their overall sound had changed to something less aggressive and more relaxed in tone. The context of Iridescence is important, it immediately followed the acts of sexual misconduct of ex-band mate, Ameer Vann. Because the band was crushed, they released Iridescence, as a way to cope. Therefore, it did feel a little rushed but it addressed a lot of issues that the self proclaimed boy band was going through. That brings us today, with the release of Ginger which, in typical BROCKHAMPTON style, was released less than a year after Iridescence. Overall, this record feels more put together and polished, the production is clean and interesting, and the sound is more consistent throughout the entire album. While I believe the quality is back up to par for this album, I can still understand why some fans would be disappointed, it is an even further departure from the SATURATION trilogy’s sound. It is obvious that the band is still heavily hurting and that is reflected in the tone of the album, but if fans are able to take the album at face value, I think it is a great addition to the band’s discography and is something I wholeheartedly recommend if you are looking for new music.

One of Ginger’s greatest strengths is its opening track, “No Halo.” This song is catchy, has a good hook, and has an amazing beat. This song is a great example of the superior production of this album, the beats are clean, the vocals are perfectly balanced, and the small instrumental features fit really well, creating a really full and well rounded song. As for the vocals themselves, the group has a really good cadence and rhythm, the amount of depth and precision of the rhythms that they exhibit in this song is very impressive. The second track, “Sugar,” is another fantastic track. It overall has more of a subdued feel compared to “No Halo.” While the first track is more about getting through life by struggling and working hard, “Sugar” is more about the sweet parts of life and remembering those moments the most, even if it hurts at times. Once again, the production of this track is amazing, the more instrumental sounds, especially the guitar, are really in the forefront of this song, contribution to the overall tone of the track. Once again, the hook is a great addition to this song as well, heartfelt and catchy which really helps the listener make a personal connection to the song. The third track is one of the more interesting songs on this album in my opinion. “Boy  Bye” is much more upbeat vocally but has more of a relaxed background track, creating a very interesting duality between the two components. The weirdest part of this song, however, is one of the background songs. I honestly do not know how to describe it, but it is different from anything else I have ever heard from them. The next two songs are also quite good but are nothing too special compared to the rest of the album. “If You Pray Right” isn’t very interesting due to its vocals, rather, it’s use of this repeated trombone lick and the interesting almost electric sounding beats at times that really make it interesting. This is jones one of my favorites of the album due to its unique use of sounds. “Dearly Departed” is an important track because it is one of the most blatant references to Ameer Vann’s departure from the band. You can tell that they are really still mourning this loss from the immensely somber tone of this track. The backgrounds are long and droning, and in a minor key. The lyrics themselves discuss betrayal and even about how they found someone else was pulling their strings, once again a reference to Ameer Vann. These lyrics especially show the hurt they are feeling through that massive break of trust of their own (ex)member. “I Been Born Again” is one of the singles that was released before the album was released. This is one of the most divisive songs in my opinion regarding my enjoyment of the song. When I first listened to it I honestly didn’t know what to think of it. It was only through many listens that I decided I actually quite liked it. The beginning is very intense sounding and is then contrasted with an almost monotone verse given right after it. This contrast is really what made me question if I liked the song but I slowly learned to appreciate the “texture” that this contrast adds to the song and I have come to appreciate it a lot. The rest of the song is catchy and is an enjoyable listen. The next song, the album titled track, is fairly low key but I actually love this song. It one of the catchiest on the album and it really shows the growth the band has made. The song is a lot brighter than most of the tracks and really makes me feel hopeful for the group’s future. It seems to explain how they have slowly worked through the pain and have come out of the experience better people. This bright atmosphere makes this song super enjoyable to listen to and has always stood out to me. Unfortunately, the next song, “Big Boy,” is one of my least favorites on the album. I just don’t think it quite fits with the feel of the album completely. It’s not that it’s necessarily bad,  I just feel like compared to the rest of the album, it is a bit of a weaker song over all. The last two songs are pretty good but once again just aren’t quite up to par with the album comparatively unfortunately. It is a fine ending to the album but I feel that if they moved “Ginger” to be the last track, the album as a whole would have more of a finished feel, ending with their accomplishments and their hope for the future.

All in all, I think Ginger is a really good album with good ideas and top notch production. Unfortunately, it seems to fail a little bit at the end which hurts the album as a whole, especially thematically. However, it is a very enjoyable listen and while somber and depressing at times, also has the power to make me feel good after finishing the album. I would most likely give this an 8/10 for the fantastic production and the many great songs while I think there are some problems, mainly the end, that keep it from reaching a higher score, it is definitely one of my top albums so far this year.