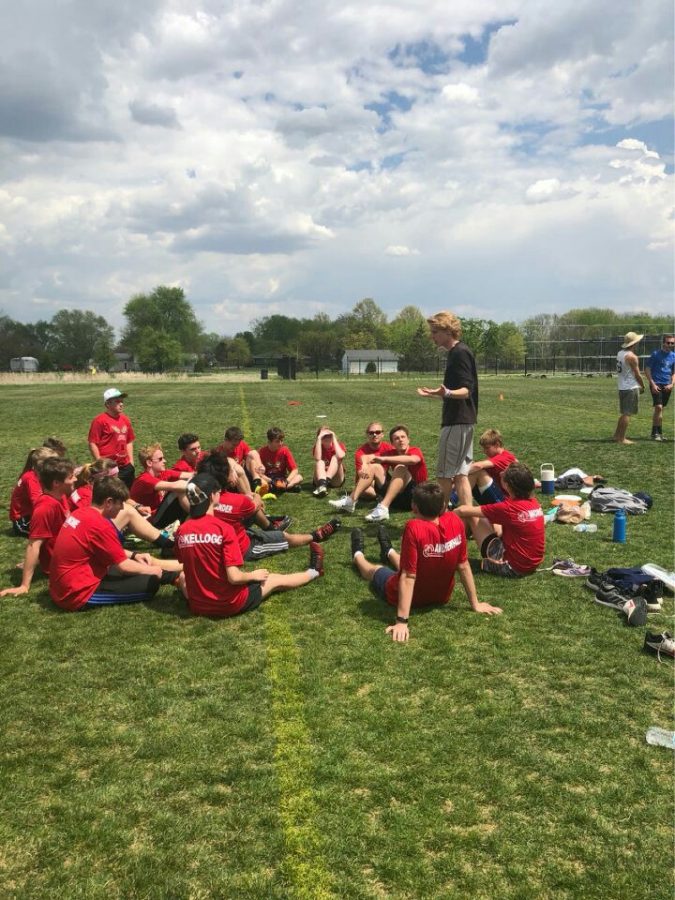 Everytime I’m given an opportunity to write about what defines me or what I love, my mind immediately goes to Ultimate Frisbee. A sport I didn’t even know about until my sophomore year in high school, but now consider one of my greatest passions. When most people initially hear about Frisbee being a sport, they laugh, and to be honest, when a friend of mine first tried to convince me to come to a practice, I did too. Eventually, I gave in and agreed to give Ultimate a try. The whole time I was miserable and completely oblivious to what was going on around me yet everyone on the team was so kind and continued to encourage me when I tried to throw or catch the disc. Ultimate was extremely new to me, so of course no one was expecting me to get it on my first try, but that didn’t prevent me from feeling embarrassed. It took me a while to convince myself that my terrible first attempt wasn’t the end of the world and the only reason I was doing so bad was because I wasn’t letting myself enjoy it and have fun. When Ultimate’s spring season came around, I decided to give it a second chance and ended up giving myself so many new friendships, experiences, and opportunities.

As soon as I decided to commit to playing Ultimate on my high school’s club team, I was exposed to so much kindness and support. My fellow teammates are, still to this day, the most extraordinary people I’ve met. In fact, every person I have met through playing Ultimate, whether they’ve been opponents from other school teams or fellow teammates in local scrimmages, have been incredible. One of many reasons I fell in love with Ultimate was that people don’t play because they want to win, they play because they genuinely enjoy the sport –

making the whole Ultimate community one giant family that immediately welcomes players with encouragement and assistance, regardless of where they’re from or what their skill level is. The Ultimate community has undoubtedly taught me the importance of having a positive attitude, team spirit, and acceptance.

Before I joined my team, I was painfully shy and really struggled with making friends, but Ultimate pushed me far out of my comfort zone. After I became involved in my school’s club, I was introduced to South Bend’s Ultimate League, a local community in which people of all ages and backgrounds can come together and bond over a shared love of Ultimate. Teams are selected at random, so when I arrived to my first game of the Summer League season I knew no one. It was nerve wracking since Ultimate requires everyone to get to know each other and work together as one on the field. I really had to force myself to become comfortable around all the new faces, but the warm welcomes from those new faces soon made me realize that I had nothing to be nervous about – everyone was there to learn from each other, grow as Ultimate players, and most importantly, have fun. Even in my everyday life, this reminds me that even though I may feel nervous or afraid, there are people who will be there to support and accept me.