Tribute to the Icon 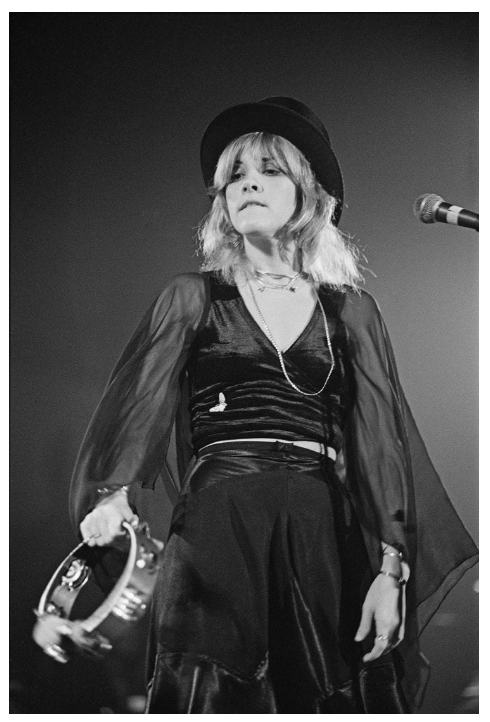 Stevie Nicks, female rock and roll icon, was recently inducted into the Rock and Roll Hall of Fame for the second time in her life. This would make her the first ever woman to be inducted into the Hall of Fame twice, the first being in 1998 with Fleetwood Mac, and then again at the end of 2018. The inauguration will take place on March 29, 2019, in Brooklyn, New York, where celebrity and close friend, Harry Styles, will be inducting Stevie into the Hall of Fame. “He’s Mick [Fleetwood]’s and my love child. When Harry came into our lives, I said, ‘Oh my God, this is the son I never had.’ So I adopted him,” Stevie Nicks said to Rolling Stone about Harry Styles. Styles and Nicks first collaborated when Stevie was a surprise guest at Styles’ last-minute show, which raised funds for Safe Place for Youth in Troubador. They performed “Two Ghosts”, “Lanslide”, and “Leather and Lace” at Harry’s show. Styles sang “The Chain” by Fleetwood Mac at all of the shows on his previous tour, as a tribute to Stevie and the band.

Stevie Nicks first gained popularity when she signed with Fleetwood Mac in 1975, and was an overnight sensation. Before Fleetwood, Nicks was in a band with Lindsey Buckingham, a later member of Fleetwood Mac, called Fritz. During the same time, Mick Fleetwood, John McVie, and Christine McVie created a band called Fleetwood Mac. The band struggled with personal tensions and show line ups. In 1974, the group started looking for a new studio to try to fix their problems, and arranged a visit to Sound City Studio- the same studio where Stevie and Buckingham recorded their album for Fritz. Keith Olsen, a producer, showcased the studio’s sound capabilities by playing the Buckingham-Nicks track, “Frozen Love.” The band was blown away with Buckingham’s guitar playing. A few weeks later, Fleetwood Mac’s guitarist, Bob Welch, quit the band. Fleetwood remembered Buckingham’s track, and asked him to join the band. He refused to join unless Stevie could also be in the band.

Fleetwood Mac struggled immensely with their relationships when they first started off, but managed to still make chart topping albums. The band continued to record together, and their album, Rumours (1977), became a record hit. It spent 31 weeks at number one on the Billboard 200 chart, went platinum in both the United States and the United Kingdom, and earned Fleetwood Mac a Grammy Award for Album of the Year in 1978. Nicks’ song “Dreams,” inspired by the group’s dissolving relationships, was the band’s first number one single. She also made solo albums during this time, even throughout her struggles with addiction. “But never have I been a blue calm sea. I have always been a storm,” Nicks stated. In 1997, Stevie regained her health, and joined back up with her band. In 1998, Fleetwood Mac was inducted into the Rock and Roll Hall of Fame for the first time. “My other family is Fleetwood Mac. I don’t need the money, but there’s an emotional need for me to go on the road again. There’s a love there; we’re a band of brothers,” Nicks said about her band.

Stevie Nicks has and always will be an icon in the music world. From overcoming addiction, to creating chart topping music, Nicks has been an inspiration for all. “If you have stage fright, it never goes away. But then I wonder: is the key to that magical performance because of the fear?” Stevie Nicks said when asked about performing and touring.  At the age of 70, Nicks is still touring and performing with her band of 45 years.