Standardized Tests: Do We Really Need Them? 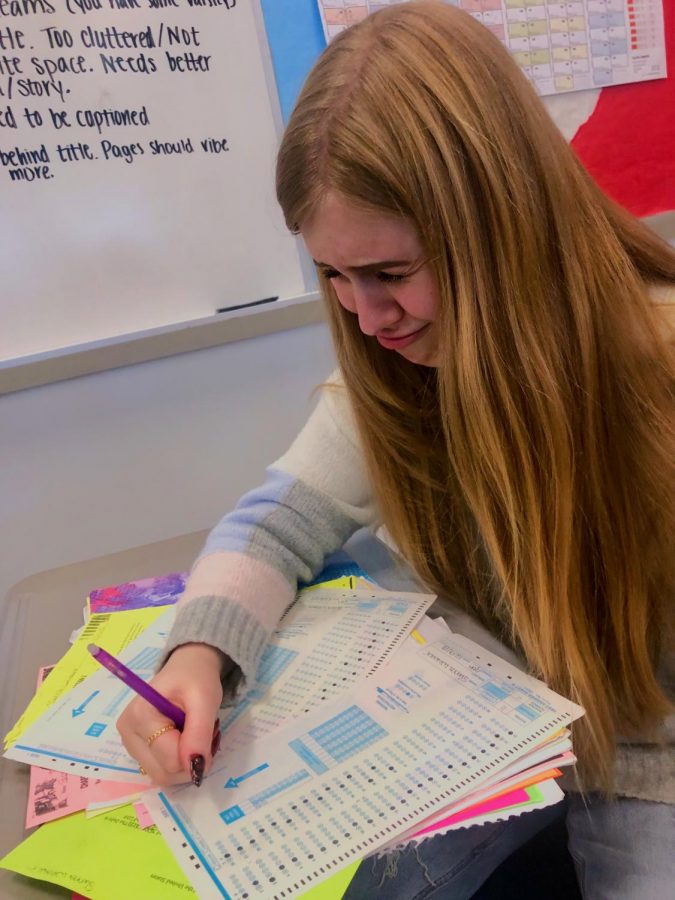 A standardized test is any form of test that requires all test takers to answer the same questions in the same way. Standardized tests are scored in a “standard” or consistent manner, which makes it possible to compare the relative performance of individual students or groups of students. Americans have been using standardized testing since the mid-1800’s. By making students take these kind of tests, are we taking away the individuality of students?  Are we just comparing teenagers to one another in a negative way? Does all of this test taking really prepare young adults for the real world?

Standardized testing can have positive effects for some students. Unfortunately, it has been proven that standardized testing is actually unreliable when trying see how “educated or smart” a person is. Students all learn different ways, and some may not test well. Students may also be extremely successful in other things besides academia. Along with that, these tests have also been proven as unfair and discriminatory towards non-English speaking students. A national 2007 study by the Center on Education Policy reported that since 2001, 44% of school districts had reduced the time spent on science, social studies and the arts by an average of 145 minutes per week in order to focus on reading and math. A 2007 survey of 1,250 civics, government, and social studies teachers showed that 75% of those teaching current events less often cited standardized tests as the reason.

Standardized testing does tend to give teaching and learning certain guidelines. Thomas Plasschaert, a history teacher at John Adams High School said, “I am shocked that so much emphasis is still placed on standardized test scores. We have realized in education that students learn differently, but we have failed to see the flaw in one type of test determining their success. Sadly, the actual educators are often ignored in the process of determining how to educate.” Betsy Drake, an English teacher, stated that “While data from standardized tests can offer a helpful insight to the general academic strengths and weaknesses of students, there is far too much emphasis placed on these exams. When American schools feel compelled to “teach to the test” the end result is often the sacrifice of class content that focuses on skills that are most critical for success in the world such creativity and the ability to work collaboratively with others. When we focus only on attributes of students that can be tested on an exam we often fail to recognize many of their gifts and talents that make them unique and important contributors to our community.”

Standardized testing has been a crucial part of high school education- but will it really last?